Where the big waves smash

Since the '60s Jack McCoy has been making dozens of surf movies, focusing on groundbreaking photography and on the spiritually driven experience that surfers of all generations share.

Along the way he has innovated the technology of capturing underwater imagery. One of his greatest contributions is an underwater jet ski that lets him follow the action beneath the waves at a speed of up to 10 knots. Jack perfected the system over two years of practice in Tahiti and now uses it to capture never-before-seen angles from the impact zone, where waves smash onto the offshore reef.
We compiled some shots of Jack’s beautiful footage plus some other surfer scenes of the World of Red Bull for Servus TV – in a six minute dream sequence. 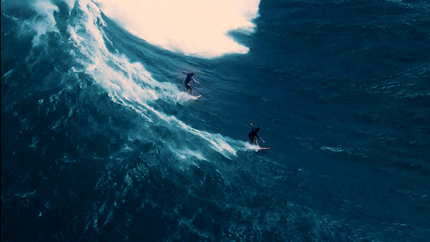 Peter Clausen Film »Under the waves«